Moving to Nashville? 10 Reasons You’ll Be Glad to Make Music City Your Home Ah, Nashville. The city of country music, honkey tonks, and the famous Grand Ole Opry. It is hip and lively, relaxed and friendly—urban amenities meet small-town southern charm. But it’s also so much more. As you make plans to relocate to Nashville, we wanted to share some of the things we love most about this city, including some of the lesser-known but oh-so-charming qualities that you will soon experience for yourself. Get ready to fall in love with Music City. Welcome to the Volunteer State

If you’ve done your research, you likely already know that Nashville is the capital of Tennessee (since 1826, if you don’t count that small stint between 1812 and 1817) as well as the Davidson County seat. Like many capital cities, it boasts an array of historical sites and landmarks, including the Capitol itself, one of the oldest working Capitol buildings in the nation.

But what makes Nashville unique isn’t just the fact that it is home to the state’s Capitol. Rather, Nashville is a city unto itself: vibrant with culture, culinary experiences, entertainment, and a strong sense of community.

Tennessee is known as the Volunteer State, a nickname said to be tied to the extraordinary show of volunteerism during the War of 1812. The sentiment rings true in Nashville today, a city alive with neighborly support and hospitality. While this might seem like reason enough to move to Nashville, we’ve only just begun. Before we dive in, however, let’s take a look at why so many people are choosing to call Nashville home. A Quick Look at the Data

Every day, people move to Nashville for jobs, music careers, family, or a chance to experience life in this growing city. According to the most current census data, Nashville was ranked the 24th most populated city in the U.S., and the largest city in Tennessee.

Nashville experienced a surge of growth over the past decade. During the peak of the population increase, there were an estimated 100 people moving to the city each day. The Greater Regional Council predicts that the city and surrounding suburbs will continue to see both employment and population growth through 2045, with population increases over 50% throughout the area.

Population growth has also impacted the housing market, making it one of the most stable markets in the country. Here’s what current data reveals about Nashville:

Average Days on the Market: 40 (this drops dramatically during home buying season)

The population of the greater metropolitan area is expected to surpass 2 million in the 2020 census, another indicator of the city’s expansive growth.

There is so much to do and see in this big-little city on the edge of the Cumberland River. Beyond that, there are plenty of reasons people like you are choosing to make a home in Nashville. 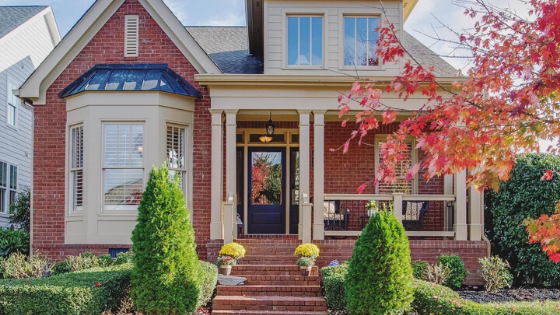 Despite the competitive real estate market and increased housing prices, the cost of living in Nashville is still a solid 10% below the national average. If you are moving from either coast, you will likely notice reduced spending on items like fuel and utilities, while groceries are comparable to the national average.

On top of the benefits of lower living expenses, Tennessee is one of nine states that doesn’t tax wages, although the state does still tax interests and dividends. By 2025, the state will do away with income tax entirely.

A Team For Every Sport

Ok, sports fans, this one’s for you. Thanks to the official launch of the Nashville Soccer Club in 2020, the city is now home to three of Tennessee’s four professional sports teams: The Nashville Predators (NHL), Tennessee Titans (NFL), and Nashville SC (MLS). Not to mention the city’s minor league baseball team, the Nashville Sounds.

With the sports stadiums spread across downtown, Nashville is a lively scene during each respective season. If you’ve ever wondered at the nickname “Smashville,” simply take a stroll past Bridgestone Arena during hockey season—or better yet, go see the Predators play at home—and you’re bound to get swept away in the excitement and fandom that comes alive in Nashville. 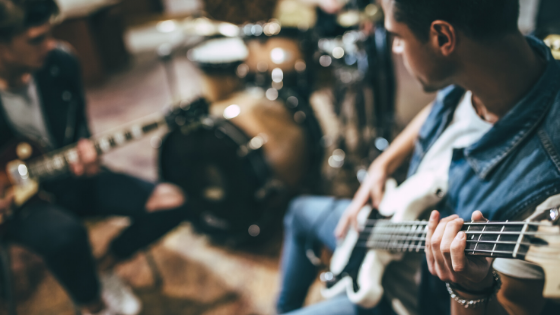 Before you jump to conclusions, we’re talking about more than the fun and lively honkey tonks in Nashville’s downtown. Not only are there studios all across the city, from Music Row to East Nashville, but live music can be heard nearly every night of the week at bars and restaurants all over town.

If country music isn’t your style, never fear. Performers from every genre have a place in Nashville’s music scene. From nondescript jazz bars to venues like The Basement, which hosts indie bands, Nashville truly is a musician’s playground. 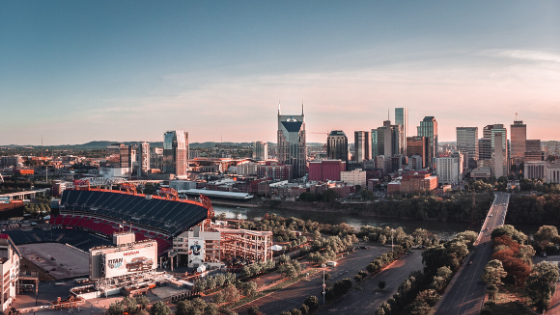 Even before Amazon announced its plan to build Nashville Yards, creating 5,000 new jobs, more and more companies were choosing to make the city their home. Nashville has long been a hub for healthcare and manufacturing but has since also become a key destination for west coast-based tech companies. Wonolo, KeepTruckin, and NomNomNow are some of the most recent, joining companies such as Google, Lyft, and Eventbrite.

But tech isn’t the only industry joining the Nashville scene. Publishing companies, guitar manufacturers, restaurants, distilleries, and financial firms are all finding a place—and qualified talent—in this growing city. 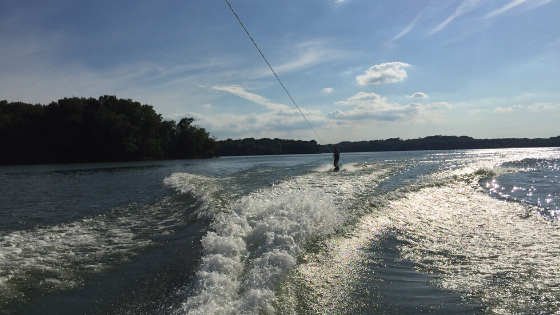 While Tennessee may be landlocked (bordered by an astounding 8 states), the abundant rivers and waterways around the city are a boater’s paradise. Percy Priest Reservoir to the east of Nashville hosts a wide selection of boat launches so residents can enjoy a day out on the water. For those who prefer paddling over waterskiing, no matter where you are in Nashville, you are never far from the Cumberland River or one of its tributaries. Residents enjoy paddleboarding, kayaking, and simply floating along the many waterways in Nashville and the surrounding area. 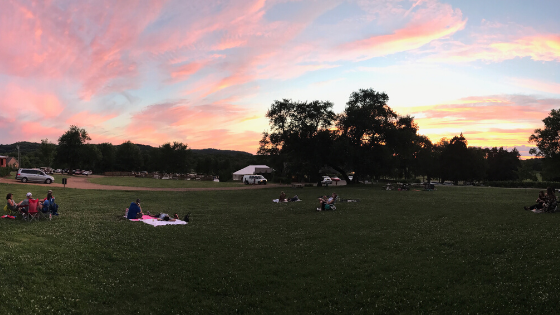 Despite its continually expanding skyline, Nashville is a vibrantly green city, offering parks or protected land in nearly every neighborhood. Two of the more popular parks for residents to enjoy are Shelby Park and Shelby Bottoms Greenway, on the east side of the city, and Percy Warner Park on the southwest side. Both parks include dog-friendly walking trails, picnic areas, and the opportunity to enjoy Nashville’s warm weather.

If you prefer to adventure into quieter, lesser-known green spaces, Nashville isn’t lacking those, either. Radnor Lake State Park provides a quiet walk through nature where you’ll likely encounter deer, owls, and a multitude of other wildlife. Another great option that bird-watchers, especially, will enjoy, is Bell’s Bend trails, a collection of little-used paths through protected land along the Cumberland. 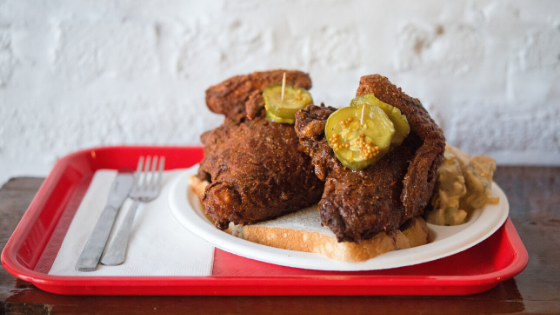 While Nashville may feel like a small town (at times), it’s a town that is not lacking in dining options. A local restaurant critic calculates that nearly 140 new restaurants opened in Nashville in 2018. And the pace hasn’t slowed. New restaurants, bars, or coffee shops open nearly every week, and the food does not disappoint. When you grow weary of trying new restaurants, some local favorites, like the well-known southern comfort style restaurant, Husk, or Germantown’s Rolf and Daughters will always be there for you. 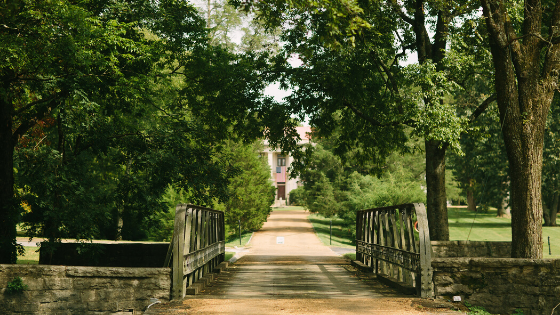 For those rare moments when you want to experience something other than live music in Nashville, the options are virtually limitless. For a family-friendly day out, the Nashville Zoo offers everything from animals (of course) to zip-lining and a historic home and farm tour. And the zoo membership is not a bad deal, either. Other, more historic cultural activities include the Belle Meade Plantation, several battlefields around the city (but be careful, it’s easy to drive right past them!) and historic downtown Franklin just south of Nashville. 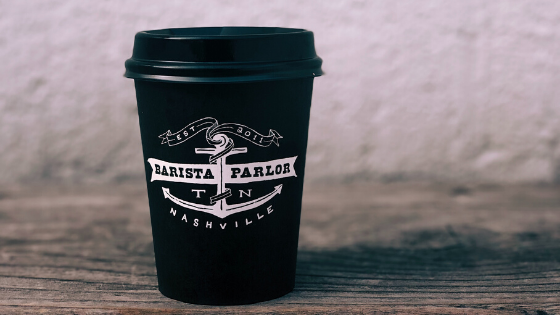 If there is one thing we really love about Nashville, it is the number of completely local businesses that make the city unique. While Nashville is home to some of the nation’s more popular chains (hello, Jeni’s Ice Cream!), there is also a wide selection of shops and restaurants that are completely unique to Music City. From Reese Witherspoon’s clothing store, Draper James, with its flagship location in Nashville, to a running list of local coffee shops, there is no lack of businesses to visit throughout the year. 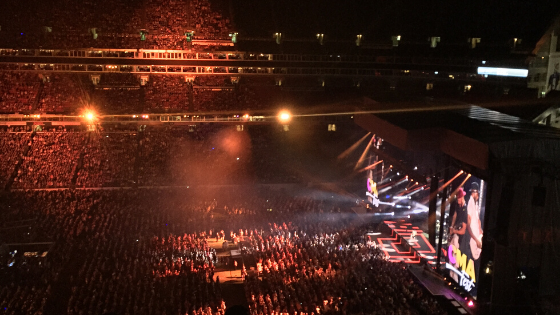 Nashville is a city of cities, each different neighborhood encompassing its own commercial district and unique spots. But what every neighborhood has in common is a variety of events and gatherings throughout the year that draw the city together. In East Nashville, it is the Tomato Arts Festival, where Nashvillians gather to eat tomatoey foods and buy art based on the red fruit. In Germantown, it is Oktoberfest (among other events), celebrating with brats, beer, and live entertainment. Downtown also hosts a series of fun events, from CMA Fest in June to New Year’s Eve on Broadway, just to name a few. Regardless of where you choose to live in Nashville, there will be no lack of activities, events, and community-focused celebrations to be part of.

5 Tips for Buying A Home in Competitive Market

How to Improve Social Distancing for the Entire Family Tips for Buying a Home in a Seller’s Market

There is no doubt about it, we are experiencing a seller’s market so far in 2021. In Nashville...
Continue reading
by connecthometn Top 5 Things to Consider Before You List Your Home

Is it time for a new home? Whether you’ve thought about selling your home for several years or...
Continue reading
by connecthometn Home Staging Basics: Should You Stage Your Home When Selling?

Selling your home is a huge undertaking and can be overwhelming—especially in a fast-paced...
Continue reading
by connecthometn

Please enter your username or email address. You will receive a link to create a new password via email.